The Love of Patina

/ˈpætɨnə/ or /pəˈtiːnə/) is a tarnish that forms on the surface of bronze and similar metals (produced by oxidation or other chemical processes); a sheen on wooden furniture produced by age, wear, and polishing; or any such acquired change of a surface through age and exposure. On metal, patina is a coating of various chemical compounds such as oxides or carbonates formed on the surface during exposure to the elements (weathering). Patina also refers to accumulated changes in surface texture and colour that result from normal use of an object such as a coin or a piece of furniture over." Wikipedia 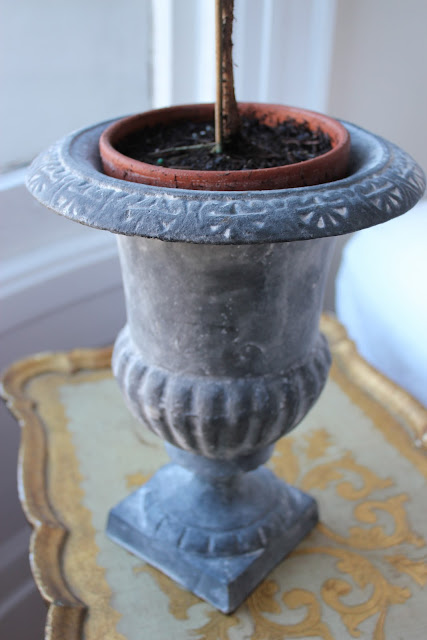 I am focusing on the patina on metal for this post 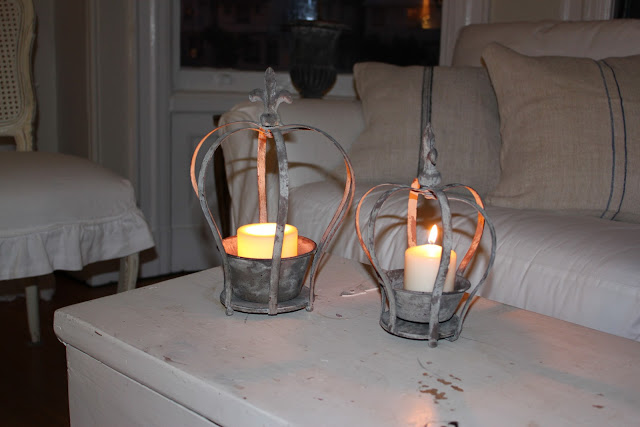 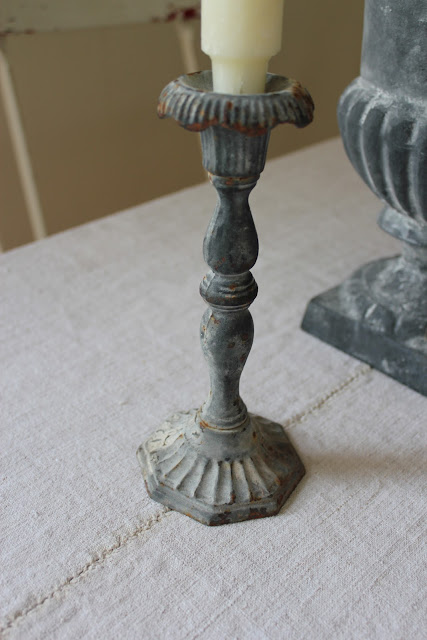 The patina on the urn accentuates the detail 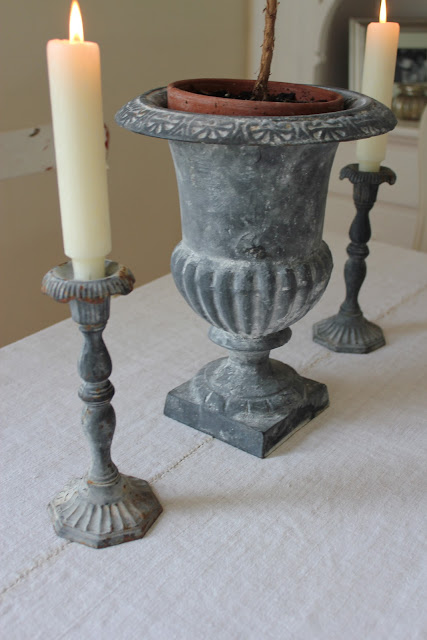 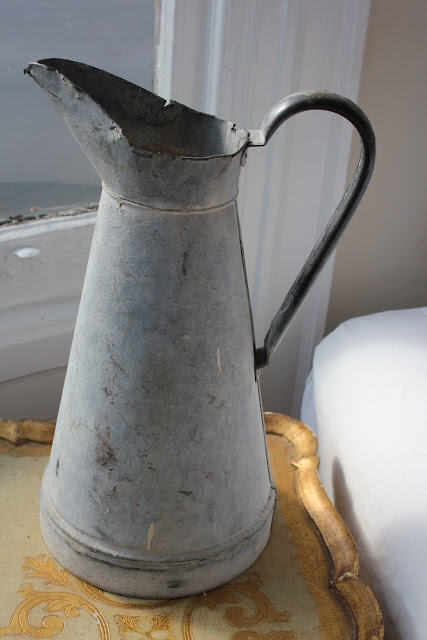 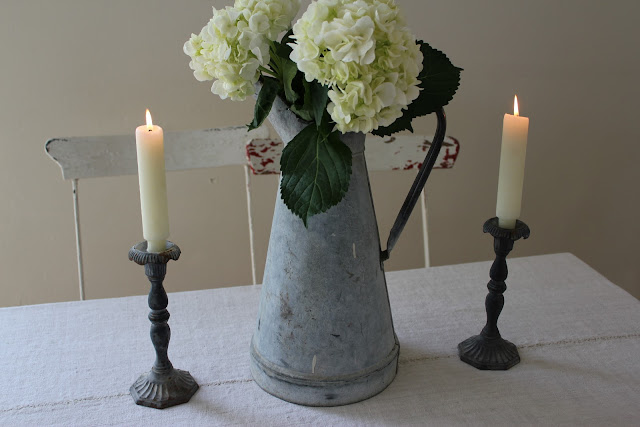 It was still dark when I arrived at their stall.  I could barely see two galvanized pitchers. 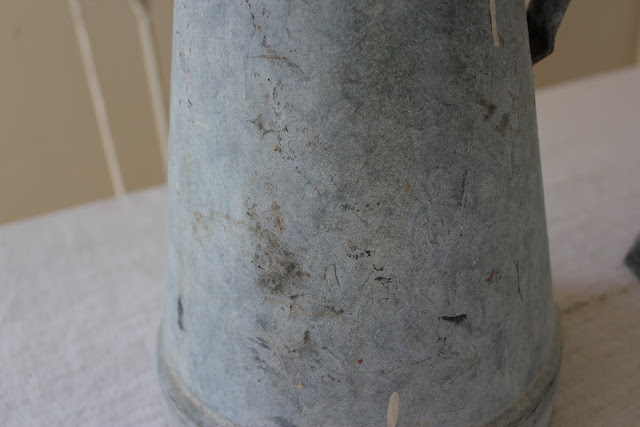 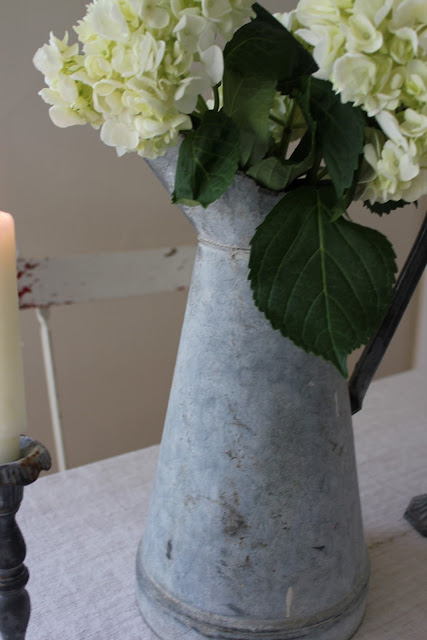 Fred said that this one had an almost blue patina to it.  I chose it based upon that information 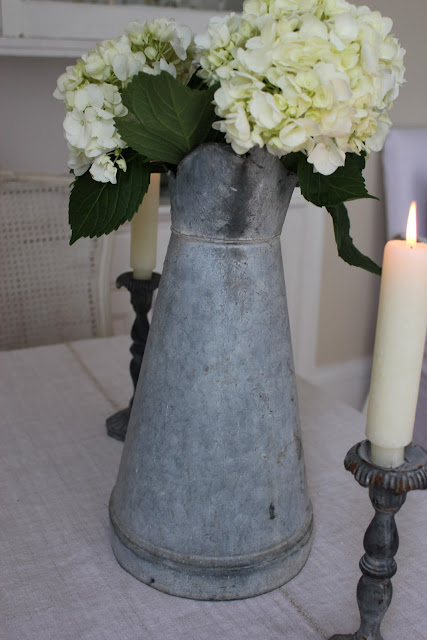 When I went back to pick it up, in the daylight, I was thrilled to see what he had chosen for me 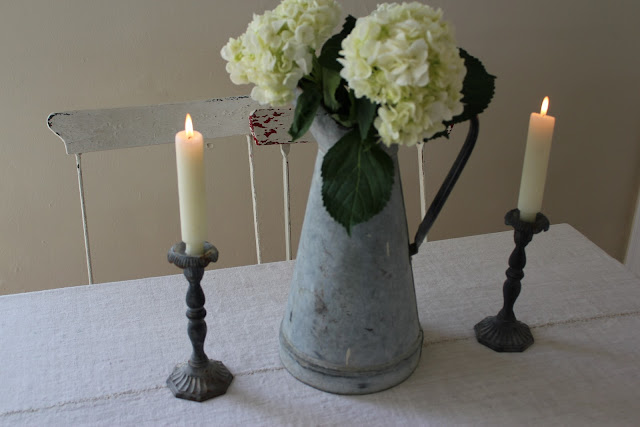 I use this bucket as a waste basket in my bedroom.  One day I discarded some beads from New Orleans which my girls used to play with.  They got tangled around the handle accidentally.  I have left them there since.  I think I like that look. 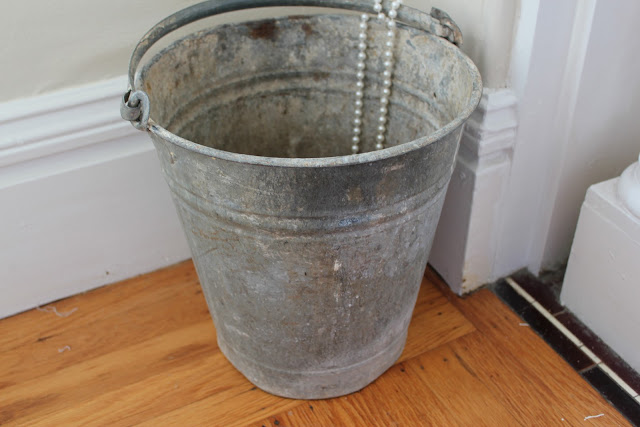 I love this old German watering can.  I think it is unique because of the braided or twisted piece of metal that holds the arm of the can in place 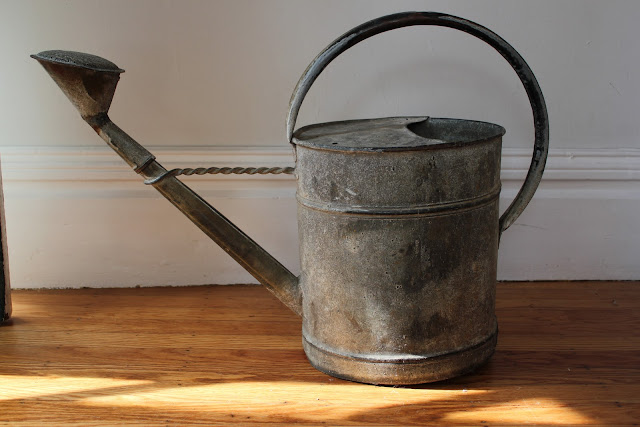 There is nothing quite like the effect age has on us 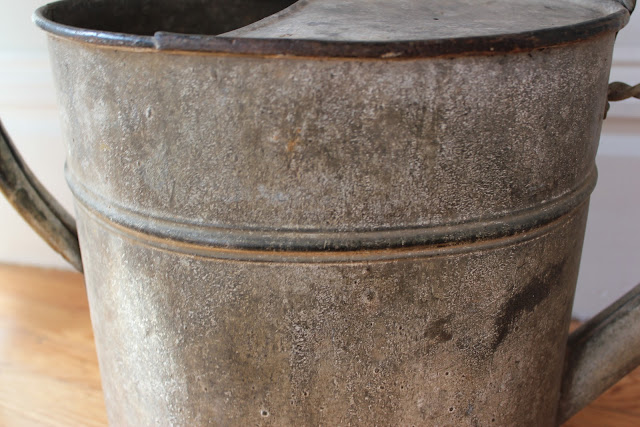 Have a good one
Michele
Posted by summersoul at 7:00 AM