I am a confirmed, die hard, Francophile.  The being said, I fell in love with this set which comes from Germany.  It was used in a beer garden in Munich. It consists of this table and four mismatched chairs.  I originally, in true form, purchased it with the intent of selling it on my etsy site. 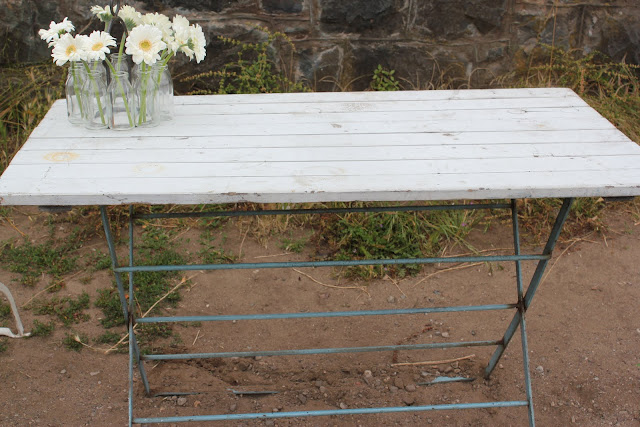 But, of course, I could not part with it.  And it has since become part of my small but cozy living/dining area. 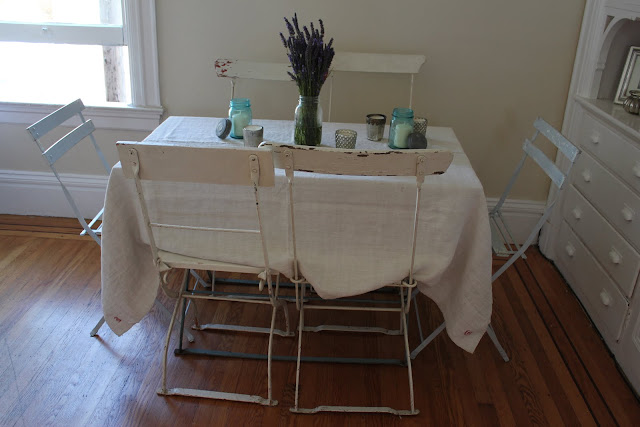 The set consists of the table and four white chairs.  The blue ones are part of a different, French, set which I actually did manage to sell on etsy. 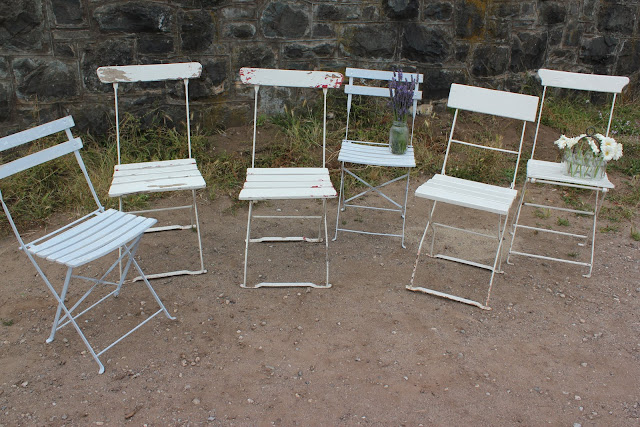 This built in is my favorite part of my 100+ year old San Francisco apartment.
The tablecloth also comes from Germany.  It is a handloomed linen sheet.  The texture is wonderful and beautiful. 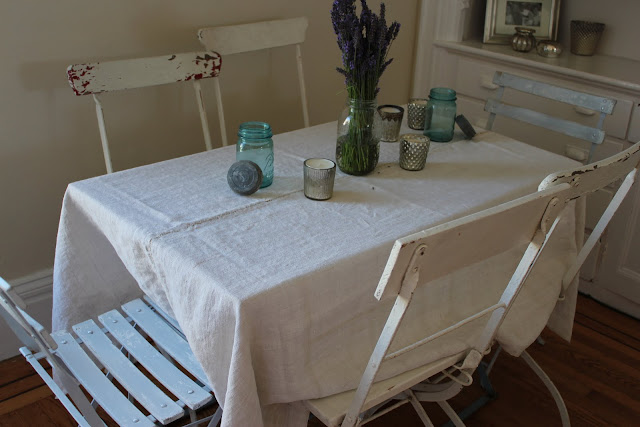 I love the look of the white roses in the enamelware pitcher. 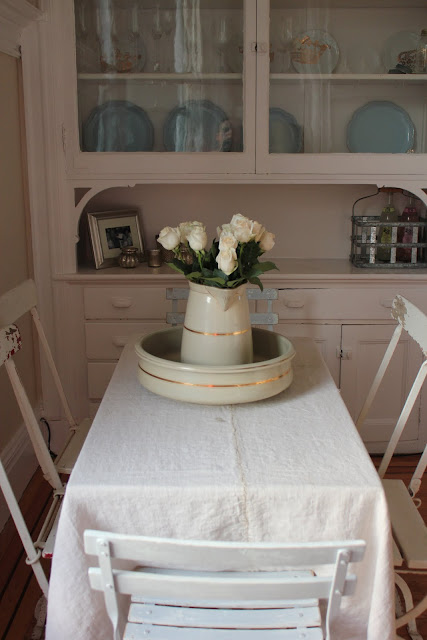 Have a great weekend
Michele