I wish I was the kind of person who started out on one task, finished it, and moved on to the next.  I am not.  I seem to be working on approximately nine at any given time.  I wanted to share of a few I have actually finished.
I began this project Labor Day weekend.  I finished one chair.  The other was not completed until early Oct :) You can see the before pics in my Labor Day Makeover post.  (This is only for the brave). 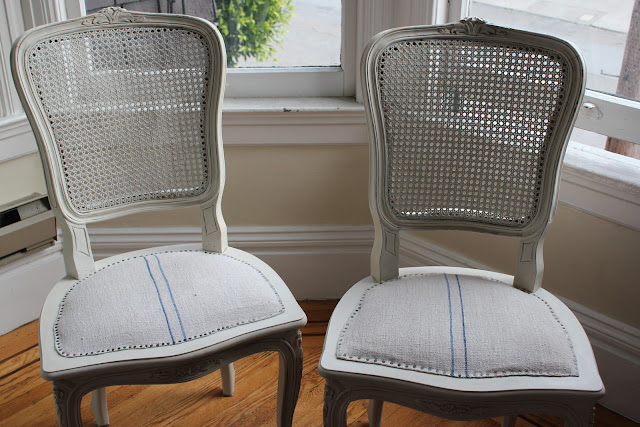 I am, though, pretty happy with the outcome. 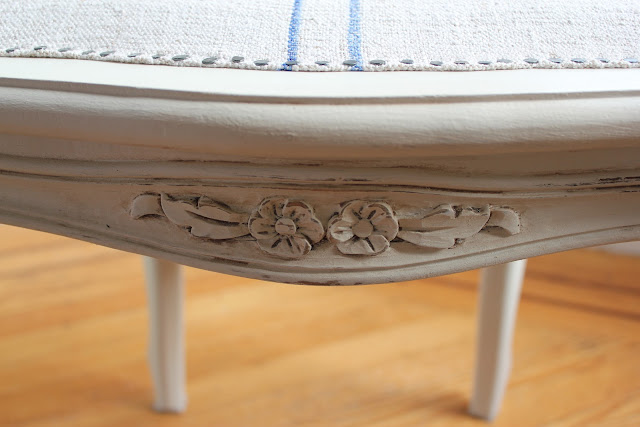 I think there are many people who shake their heads when they see that my dining chairs don't match. ;) 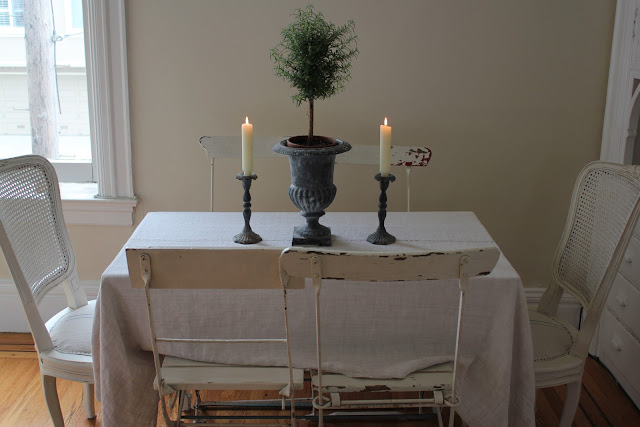 I made and sold a few of these white linen pillow shams in my Etsy store and really like the feel of them.  The edges are unfinished.  I think that this roughness offsets the sweetness of the ruffle. 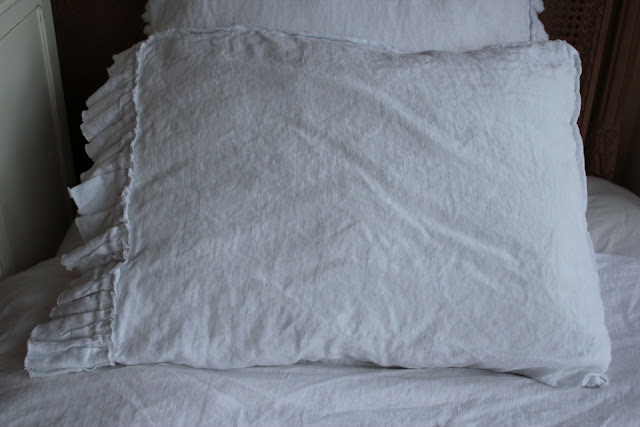 I have been meaning to make a blue grain sack body pillow for a while now. 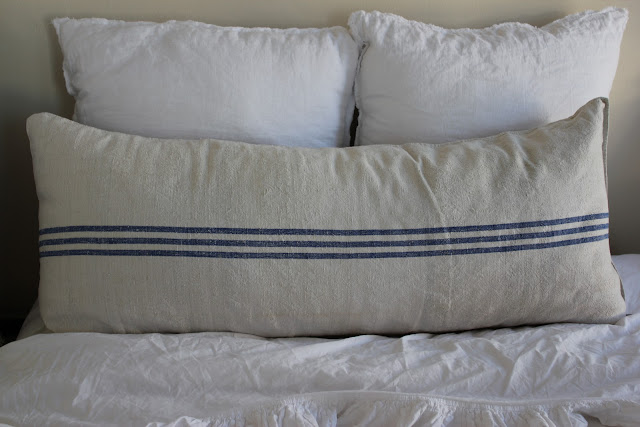 I waited until I found the right sack. 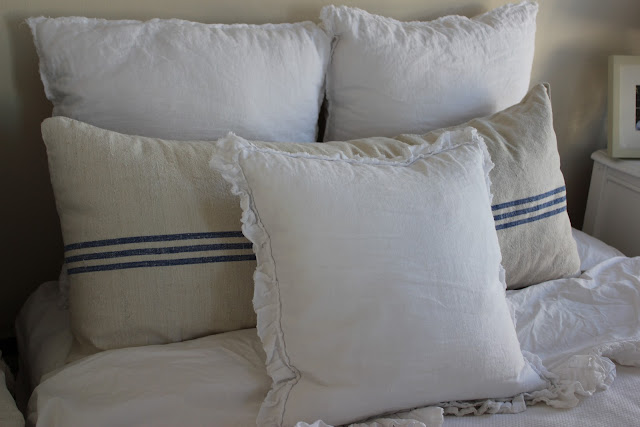 And this coverlet is a favorite of mine.  I like how the pillows do not match but coordinate. 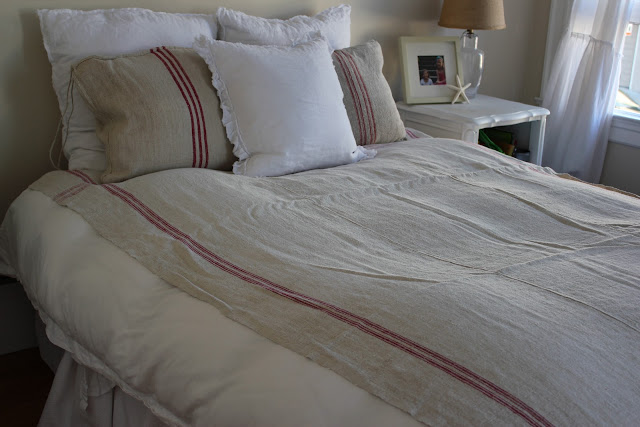 It has a tight weave and a beautiful red stripe pattern. 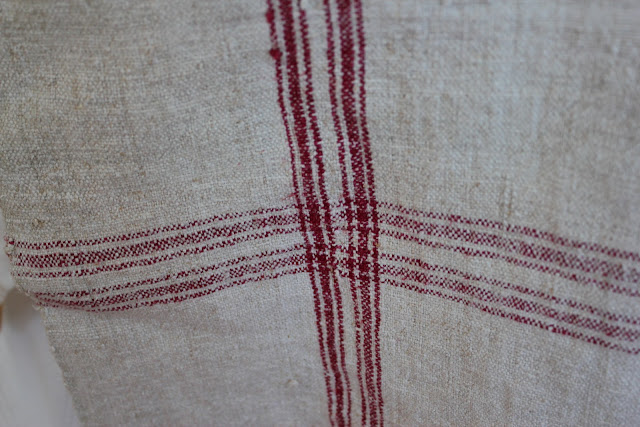 But the best part of this is the bottom where the stripes do not match up.  It is just how it was made over 80 years ago. 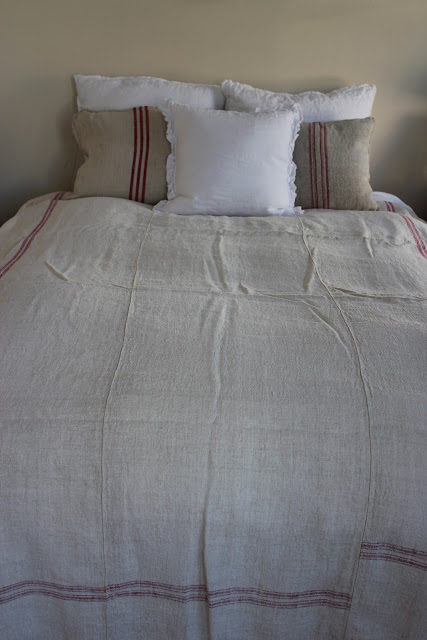 The fabric I used to make this runner is unique in that it s a windowpane pattern.  I love it! 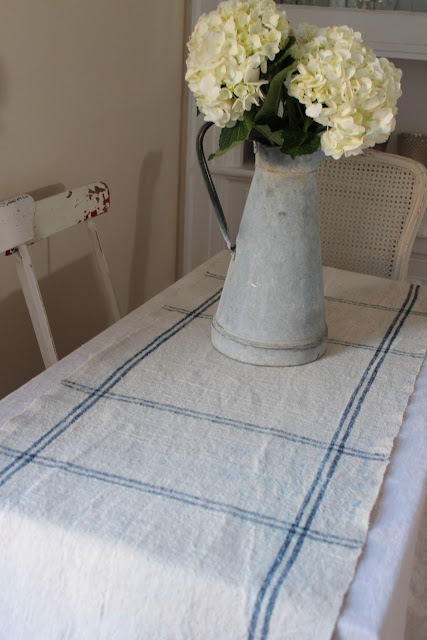 The blue must have offset when it was made, which I also really like.  I think it adds character. 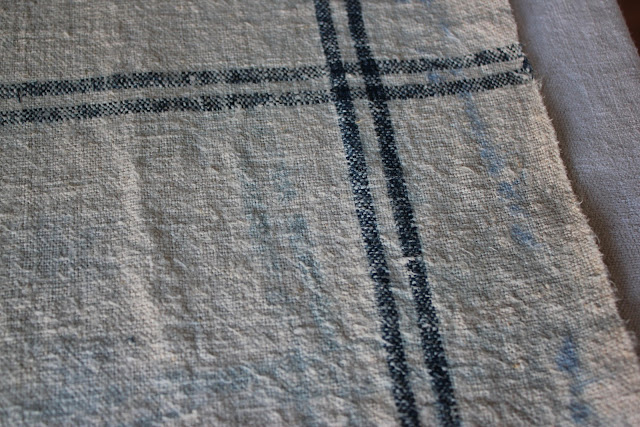 And this runner is pretty simply but would adorn any French country table well. 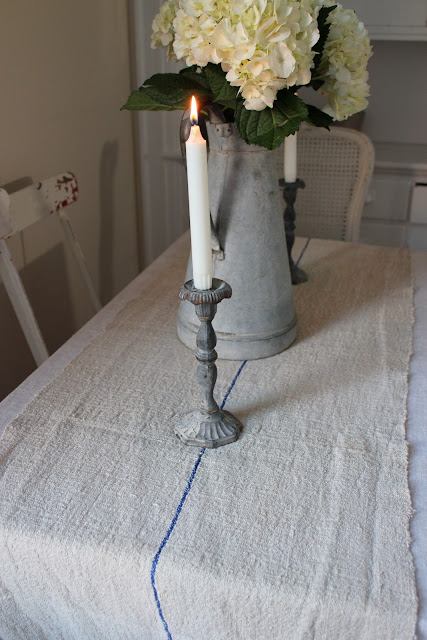 All but the chairs are available at Maison de Michele
Have a great weekend
Michele
Posted by summersoul at 7:06 AM